Kokoda… who in Australia doesn’t know the significance of this place?

We decided to give away bottle number one of our American Distilling Institute Best International Whisky trophy winner River’s End to five adventurous blokes willing to take on the Kokoda challenge.  Whisky was the link for us with these guys.  James Marsh a fellow AWAS member, was searching for Australian whisky recommendations through the Australian Whisky Appreciation Society to take on this momentous journey.  Thank you James, for allowing us to share the journey with you and your team and thank you to AWAS and it’s moderators – for without this space we would not have made these connections. 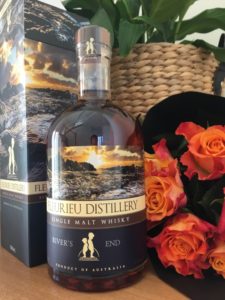 Unlike our other whisky releases, River’s End never had a story card included in its packaging.  While our other whisky expressions had stories to tell at the beginning, the River’s End story has just begun.  This whisky at the river port of Goolwa where the Murray River meets the sea, has left Australian shores to journey to the Papua New Guinean highlands.

James Marsh, Matthew Barham, Patrick Cape, Rory Coyle and Will Laurantus are retracing Australian soldiers’ steps on the Kokoda Track.  For some of them they will be walking in the footsteps of their grandfathers.  They will be undertaking a hiking journey beginning at the Kokoda Airfield through the Owen Stanley Ranges to finish at Bomana War Cemetery for the 2018 Anzac Day service is a 96km trek through impossibly steep rain forest terrain.  It will be a huge challenge!  Inspired by the work of an organisation called Soldier On , their goal is to Conquer Kododa and raise funds to support Australian service men and women. 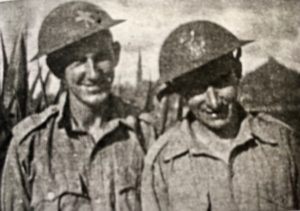 My grandfather Alex with John McKee in 1942 at the beginning of the Kokoda Trail.

My grandfather Alexander Sinclair also served during World War Two on the Kokoda Track in the 3/14th Field Ambulance regiment.  He rarely spoke about his experiences.  At this stage I can’t see being able do this journey and follow the steps of my grandfather so to able to send a little something to lift the spirits of the guys on this trail brings many emotions to the surface.  Many Australian soldiers tread difficult paths leaving footprints in far away places and make sacrifices many of us would not be willing to face.

We hope you will join us in following their spirited Australian journey.